Justification of the non-missile phenomenon of the door under a blast event
Check by simplified numerical approach, linear numerical approach, and non-linear time-history approach ; and assessment of pressure leaks under blast load
The studies were about the blast-proof doors of a reinforced concrete building. They aimed at justifying the non-missile effect of two doors under a blast event.
They break down as follows :
– Check of the non-missile effect of the blast-proof doors thanks to a simplified numerical approach : modeling by shell elements of the doors on ideal supports, application of the loads on the doors by time steps, calculation of the door response by a linear elastic dynamic analysis, check of the stress, support reactions, and anchors resistance
– Check of the non-missile effect of the blast-proof doors thanks to a detailed numerical approach : modeling by detailed finite elements of the doors and their anchors, doors are modelised by shell elements with a material using a non-linear behavior law, the concrete at the anchors is modelised with volumic elements taking into account the reinforcement bars, all of this with non-linear behavior laws ; application of the pressures by time steps on the doors and non-linear calculations with large deformation, similar post-treatment as previous study step
– Check of the non-missile effect of the blast-proof doors by a non-linear time-history approach : recovery of the previous step numerical modeling and addition of elasto-plastic behavior laws according to shell thicknesses, same post-treatment
– Strengthening proposal of door frame in the anchor zones where there is a risk of failure under blast load. 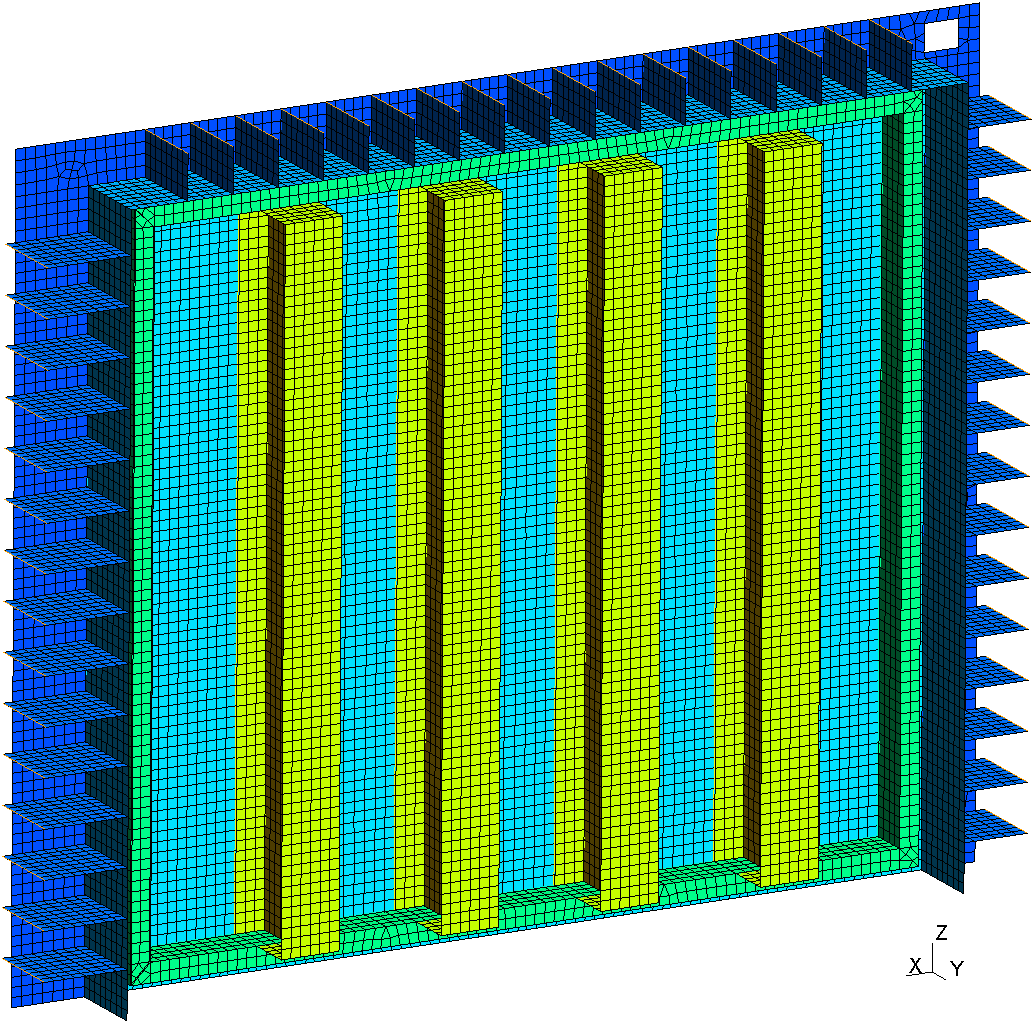 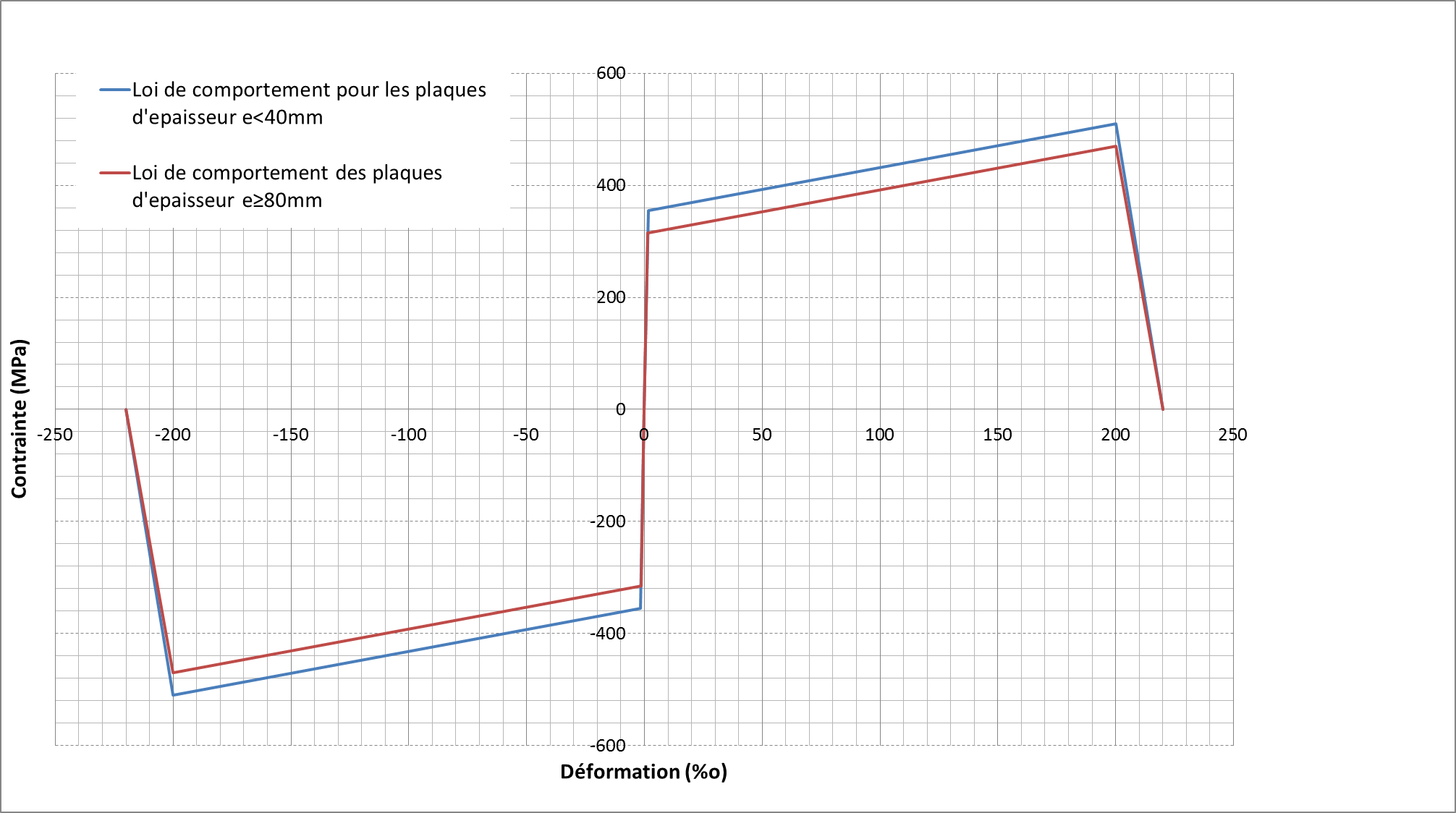 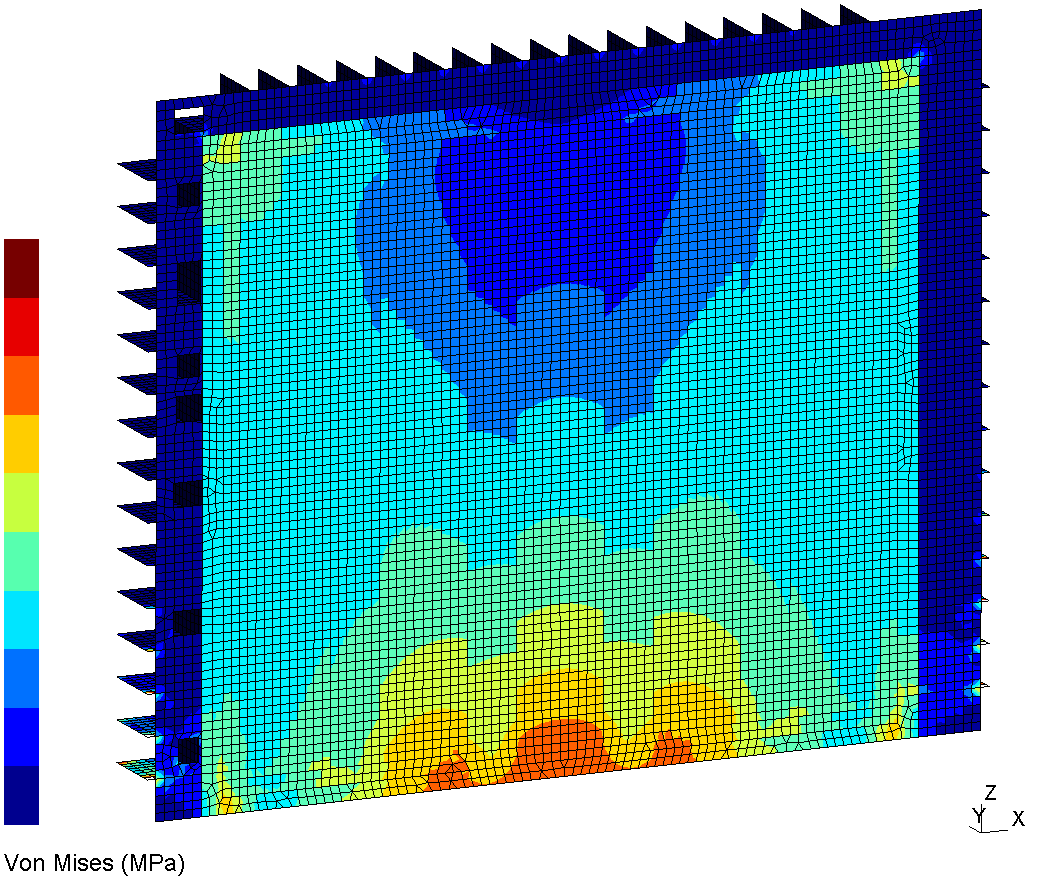 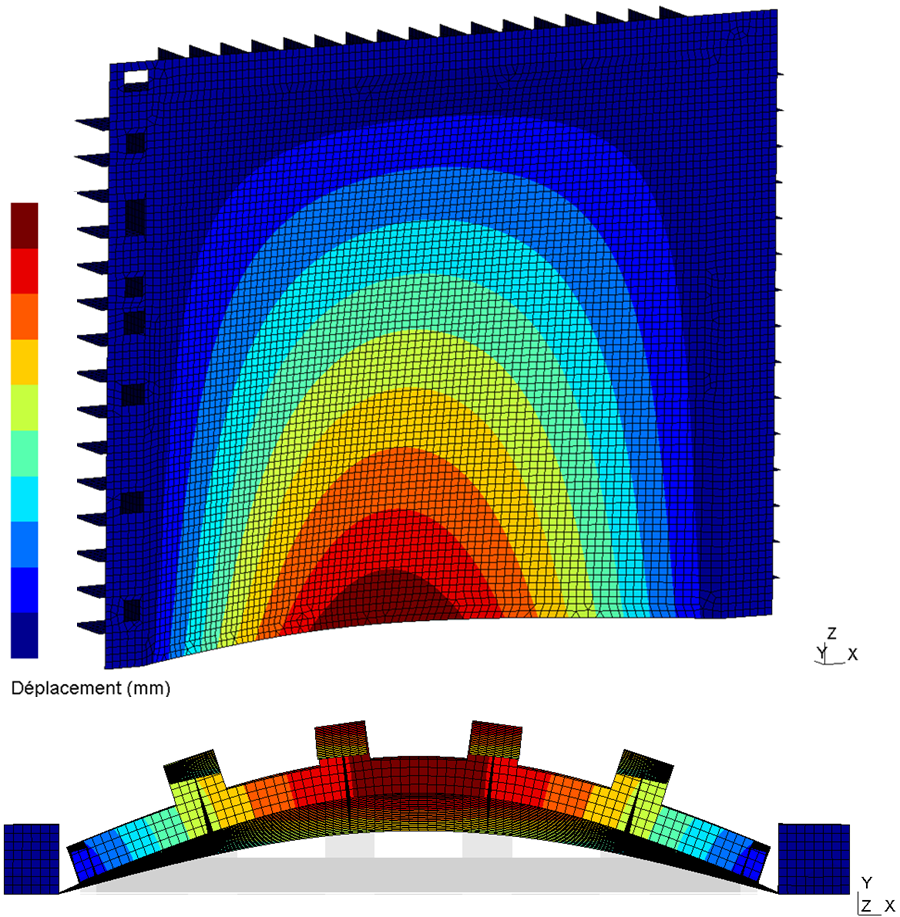 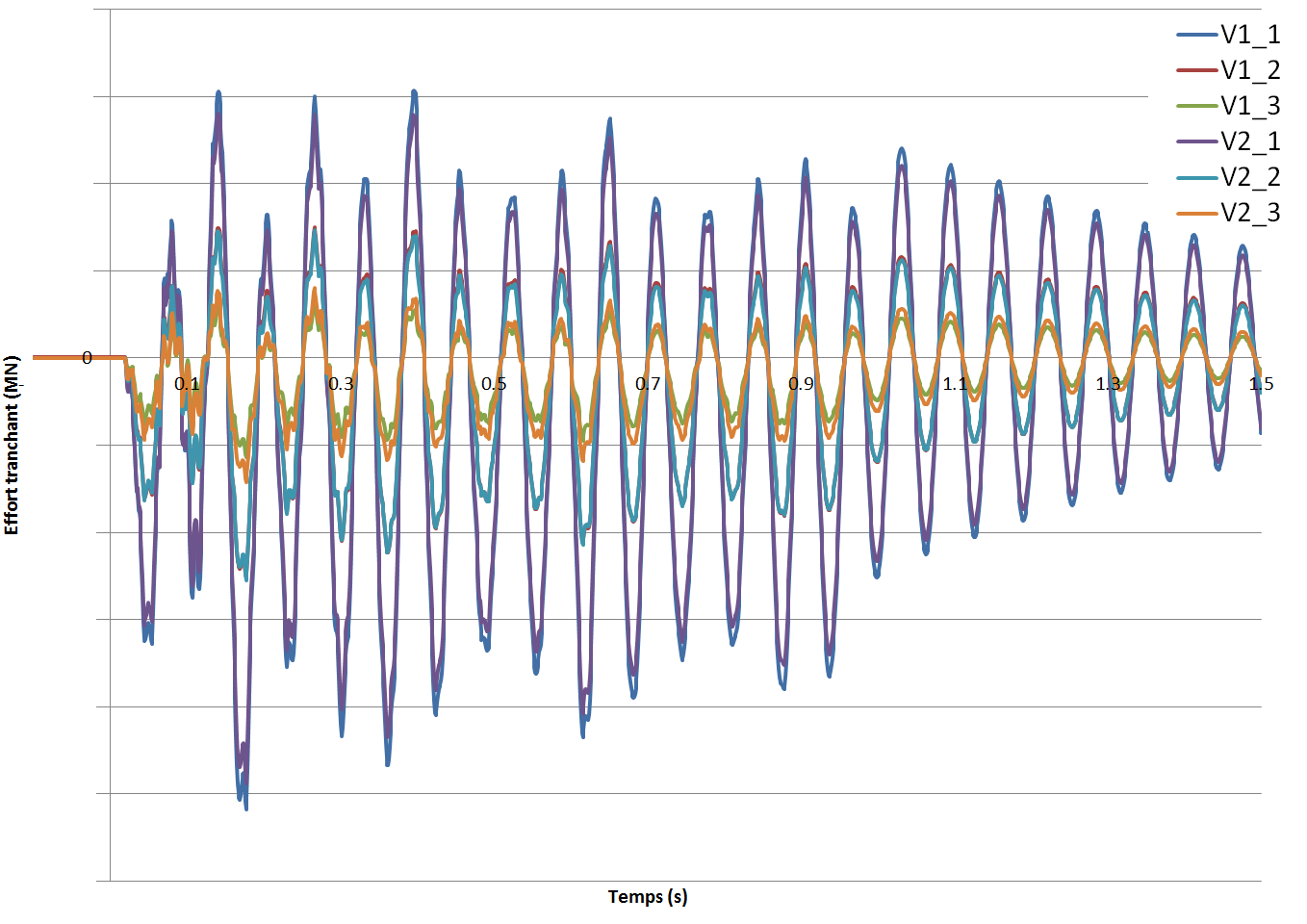 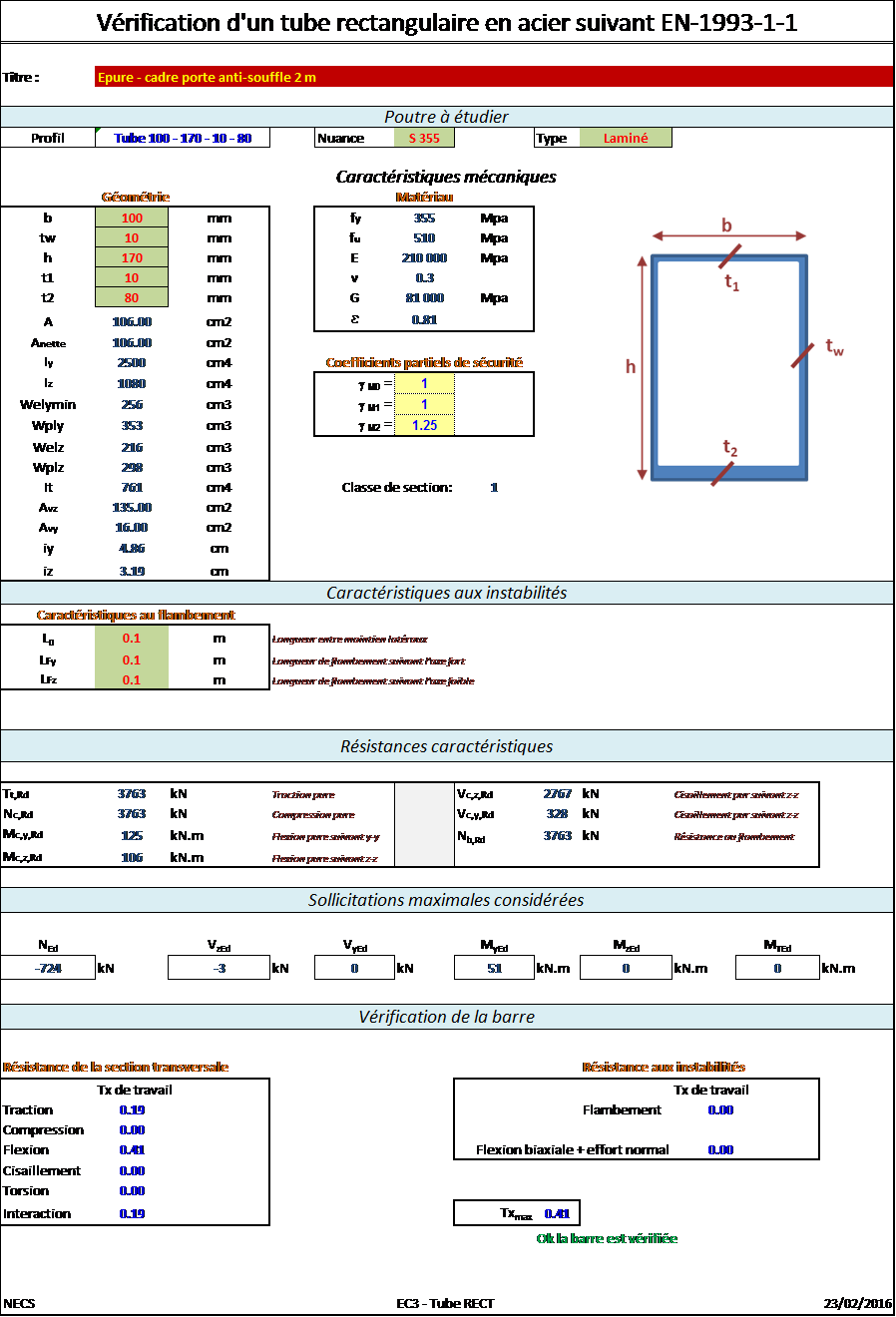