Dimensioning and assessement of the minimal acceptable thinknesses based on both analytical and numerical approaches
Check of the existing tanks design based on an analytical calculation, and 3D finite elements modeling with a numerical non linear calculation taking into account the fluid-structure interaction in order to determine the minimal acceptable thickenesse of the tanks
• Analytical approach to check the design of the existing vertical cylindrical tanks, 3.2 m in diameter and 11 m in height :
◦ Load cases : service pressure, hydraulic test pressure, seismic loads.
◦ Calculation of the circumferential and longitudinal stress in the different parts of the thanks (bottom and top shells, ferrules, mechanical support), check of non-buckling, justification of the ferrules strengthening,
◦ The analysis is based on : ASME section VIII.

• 3D finite element modeling and numerical non linear computation to asses the minimal acceptable thicknesses of the tank elements :
◦ Load cases : service pressure, depression, hydraulic test pressure, seismic load,
◦ The anchorage of the tank in the concrete structure is taken into account via prestressed ground anchors,
◦ Non linear behavior law allowing the disbonding and slippage of the tank bottom support,
◦ Fluid-structure interaction based on Housner method (a part of the water is forced to participate in the back and forth motion of the tank, it is attached rigidly, and another part of the wather is excited into oscillations, this sloshing of the water exerts an oscillation force on the tank),
◦ Calculation of the equivalent membrane stress and compression stress and check of the resistance and stability requirements, paticularly elastic stability, non elastic buckling and non elasto plastic buckling,
◦ The analysis is based on : ASME section VIII, Eurocode 8-4. 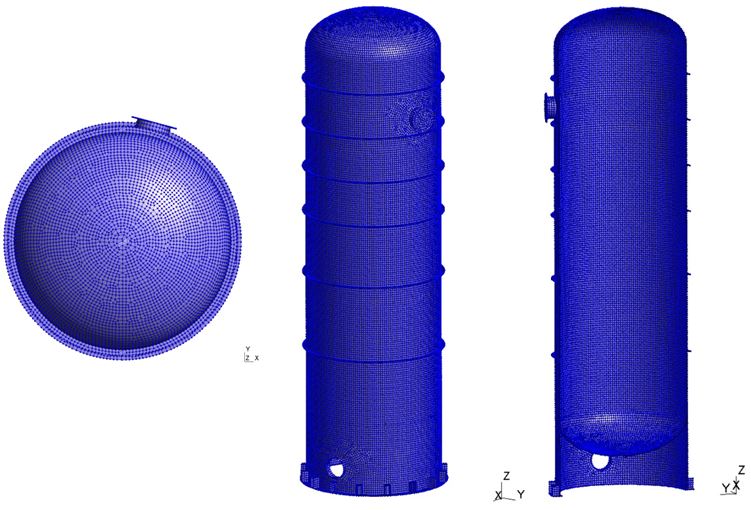 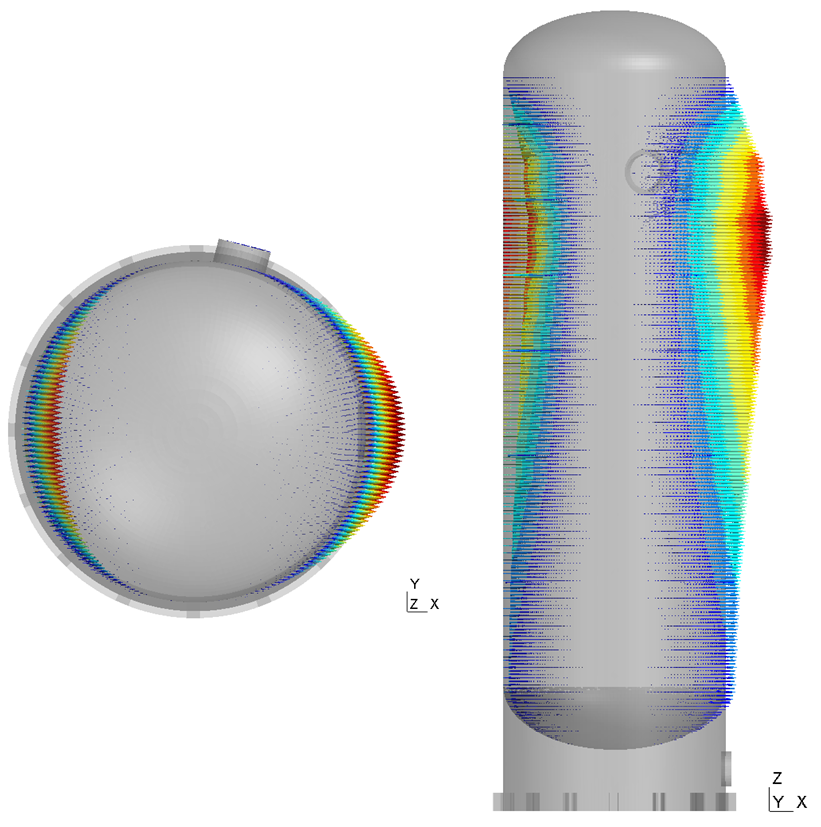 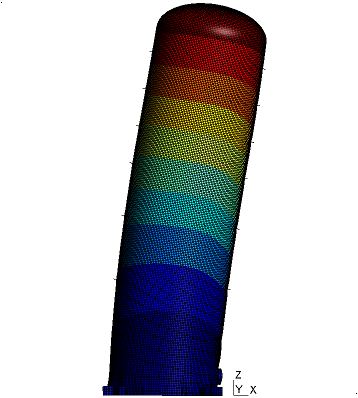 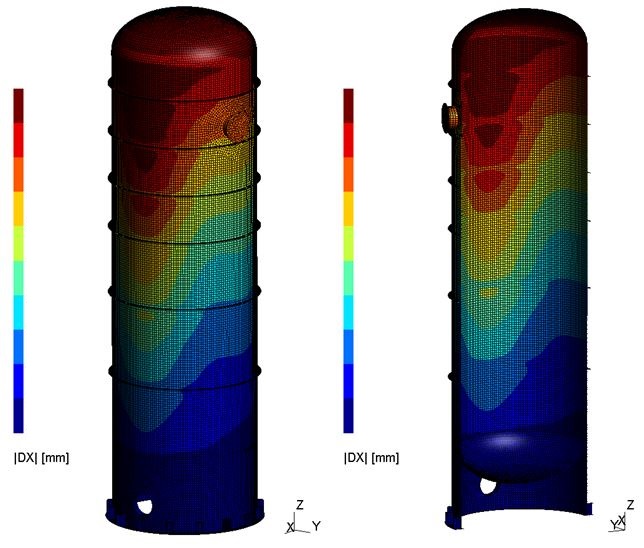 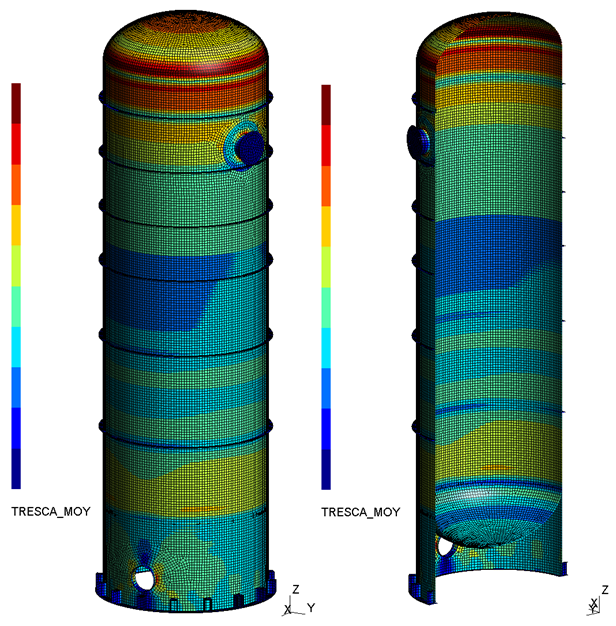